The 122nd United States Open Championship kicks off this week at The Country Club, in Brookline, Massachusetts. 156 golfers will be competing for the coveted Wanamaker Trophy on this par 70, 7,264 yard course, with playoffs following each playing of the event there in order to crown a winner.

The Country Club, located in Brookline, Massachusetts is one of the oldest country clubs in the United States. It is one of the five charter clubs that founded the United States Golf Association, and has hosted numerous USGA tournaments including the 1913 US Open, 1963 US Open, 1988 US Open, and 1999 Ryder Cup. The Country Club has not hosted its flagship event in 34 years, and poses a refreshing challenge to the field, relying on the unique, natural topography of the gritty, rocky New England landscape to challenge players with constant, uncomfortable hazards around both the fairways and greens. Unlike most U.S. Open tracks chosen by the USGA, length is not The Country Club’s best defense, but the constantly threatening hazards, miniscule greens, and long rough we’ve come to expect at a U.S. Open have this course quoted by some players in the field as the most challenging golf course they’ve ever played.

The 17th hole, dubbed the “Elbow” is a short dogleg left that will not put any scare into competitors. It’s only 373 yards and short irons will be the club of choice for the majority of players who find the fairway. 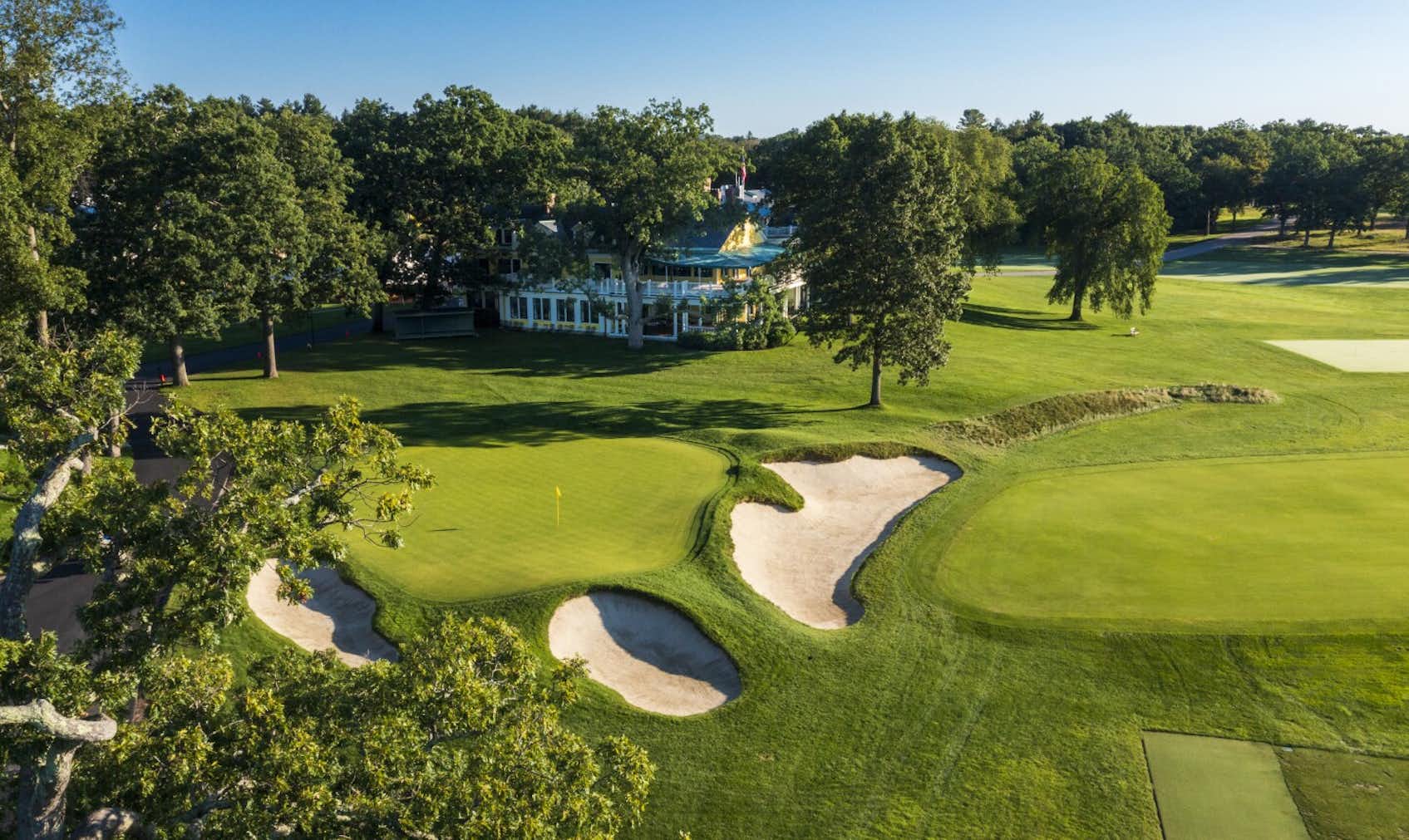 Past winners at this course:

1913: The most famous playing of this event was in 1913, where 20 year-old amateur Francis Ouimet shocked the golf world when he knocked off British stars Harry Vardon and Ted Ray in an 18-hole playoff. Ouimet eventually won the playoff by five strokes with a one-under 72, becoming the first amateur to ever win the U.S. Open. One of golf’s most unlikely upsets, Vardon and Ray were widely regarded as the top two players in the world at the time. Ouimet’s win has been said to have ignited the popularity of golf in the United States.

1963:  The U.S. Open returned to The Country Club for the first time in fifty years to celebrate the golden anniversary of Francis Ouimet's playoff victory in 1913.

1988: Curtis Strange won the 1988 US Open after a Monday playoff with Nick Faldo. Strange took a one-stroke lead after nine holes of the playoff, and improved that to a 3-shot lead after 13. The lead was two with four holes to play, but Faldo bogeyed three of those final four holes. In the end, Strange was the winner by four, 71 to 75.

Taking inspiration from the authentic history of The Country Club and classic style of Ralph Lauren, this collection is brought to life with an Americana Color Palette that’s quite fitting for the 122nd US Open Championships. Inspired by the course’s golf and horse racing history, the heritage graphics mixed with modern motifs provide a clean look for a modern sensibility.

On Thursday, Nike is releasing their exclusive U.S. Open NRG, paying homage to the course and heritage of the game. This one-of-a-kind shoe is set to drop on 06/16. Sign up for our emails to get first access before it sells out!