Golf fashion through the years

As each decade passes, technology has not only changed the way golf is played but has equally had an impact on what golfers wear. In a sport that demands function without the sacrifice of individual style, the looks sported by golfers has evolved from formal and elegant into apparel and footwear that can easily be worn off-course without fear of looking like you just stepped off the 18th green.

The older apparel worn by golfers, specifically golf societies in Scotland and England, were military-style coats as a large population of these societies were military men. These jackets signified membership as each society would wear a different color jacket, which has now evolved into crested jackets, blazers, and ties commonly worn by golf club members today. Even then, golf apparel served practical purposes as these military jackets protected golfers from the elements while the colors made golfers highly visible on the links. Outerwear and layering pieces of today serve the same purpose of the military jackets dawned in the early days of golf. Protection from the elements without restricting movement is the basis for most outerwear of today.

Flash forward to the 1970s, it was more common for golfers to wear trousers that could only be worn on the golf course. Similar to office attire, men wore turtlenecks and mock turtlenecks on the links. This style remains popular today and many credit Tiger Woods’ iconic Nike Mock Turtleneck that debuted in the early 2000s for sustaining the look's popularity. Patterns such as hounds-tooth and flannel were commonly matched with brown polyesters and other bright colors. Today's fashion has taken from these classic patterns and introduced another common pattern to the links; camouflage.

The 1980s saw a return to tradition in clothing with advancements in technology such as stretch fabrics, moisture-wicking shirts, and waterproof leather. The decade saw a revival in golf’s popularity primarily credited to the 1980 classic film “Caddyshack,” where the characters’ wardrobe covered the broad spectrum of golf fashion from the traditional and classy Gary Player look in all black to the loud and colorful patterned trousers from the decades prior. Bold patterns and bright colors have reemerged in today's golf fashion with brands like Lacoste and Foray. FootJoy made a big splash near the end of the decade with the release of DryJoys, a traditional golf shoe equipped with waterproof leather. This decade has ushered a new space for the brand with the most recent release, FootJoy 1857; a classic collection of footwear and apparel that showcase the elegance and style of golf. 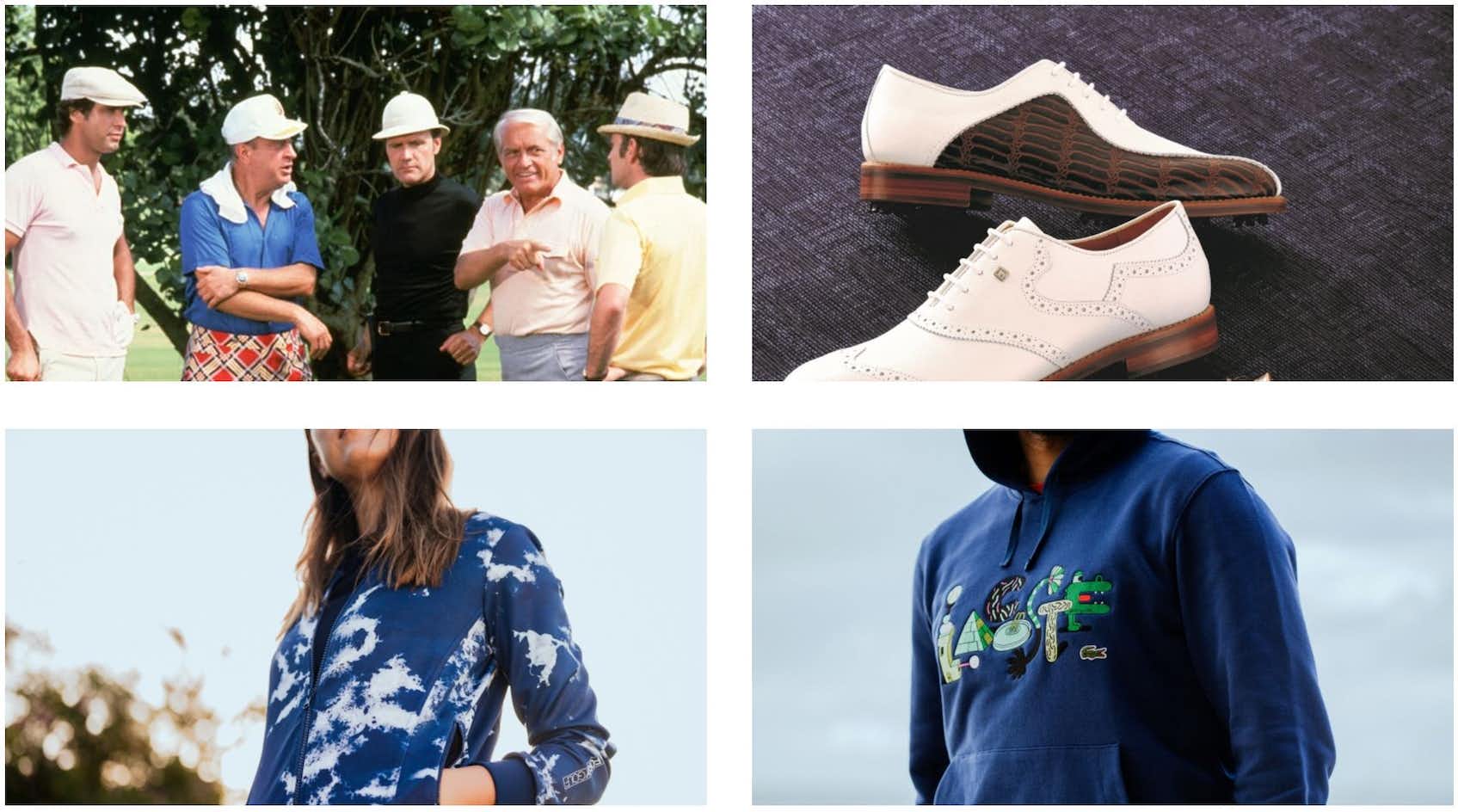 Fred Couples and Payne Stewart led the fashion waves of the ’90s but in two very different ways. In the age of sponsorships where leading pros wore colors and logos of their manufacturers, Couples remained business-like in his fashion, regularly sporting the grown-up look; pleated trousers, polo shirt, and a visor. Payne Stewart took a different approach to his style as he revived the Scottish-links look sporting elegant knickers and patterned sweaters. Similar to Stewart pulling his inspiration from the past, Rickie Fowler known for his fashionable looks on the links, has been known to occasionally rock knickers when he tees it up. As the game grew in the 1990s, the range of fashion also expanded, beginning a trend of more casual apparel with longer shorts and loose fit shirts.

The turn of the century saw athleticism and performance dominate golfwear. Golf apparel was now becoming a beneficiary of the times, which allowed the infusion of technology such as moisture-proof fabrics into clothing to aid for those sweaty rounds, to materials that protected you from the harsh UV rays of the sun.

The early 2000s is when we first saw sneaker-like golf shoes compete with the traditional footwear of the past. Today, brands are retrofitting classic sneakers for the golf course, which has aided in golf’s popularity among the younger generation. This shift has also seen the evolution of traditional pieces in golf fashion. In the past, knickers were the look. That opened the door for joggers to hit the scene. The mock turtlenecks worn in the ’70s then resurfacing in the early 2000s have opened the door for collarless shirts that provide style and comfort on the links. 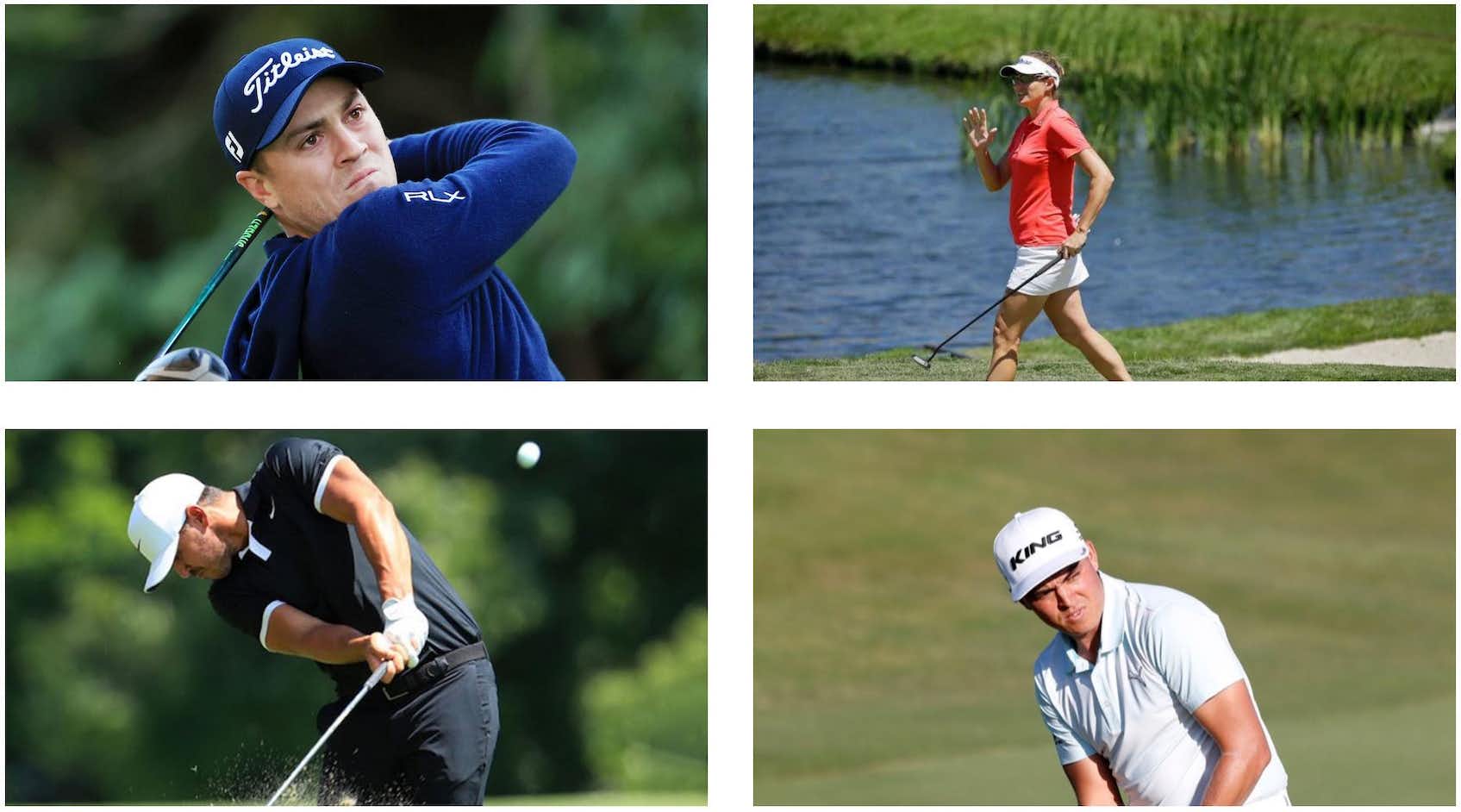 Similar to golf legends of the past leading the way in golf fashion trends, today’s top golfers don’t shy away from pushing the limits of what is worn on the golf course. Joggers, sneaker-like golf shoes, and hoodies have all been given a certain level of validity, mainly in part to the top players that apologetically sport them. They are all now considered acceptable on the golf course. This simply broadens the range of options for golfers and is ultimately growing the popularity of the game through something all people can relate to; fashion.